Since its first launch in 1998, approximately 130,000 immigrants have arrived in Canada through the MPNP only within the first two decades of the launch of the program. In its current scenario, the Manitoba Immigration Authorities are doing plausible efforts to welcome more qualified immigrants in the coming years.

The MPNP however underwent an important overhaul in the year 2019, a process that remain continued for 2020. Changes include introduction of some new immigration pathways and streams, which includes incorporation of a dedicated immigration stream for Express Entry candidates that have concrete plans to settle in Manitoba for an extended period of time.

Some other new features included in the MPNP includes a pathway designed specifically for providing faster application approval for international applicants that have completed their graduation from an academic institute based in Manitoba, and also another new stream designed to attract business immigrants.

Majority of these new immigration pathways to Manitoba Provincial Nominee Program (MPNP)will be kept under the existing International Skilled Worker Stream, which will operate in the same manner until some new changes are added in this immigration category. The current criteria for the MPNP being followed under this stream, which is divided into two sub-streams, that are the Skilled Worker Overseas and Skilled Workers in Manitoba categories, would remain active for filing the Expression of Interest (EOI) and also for the receiving new applications from the province.

There are total four streams under the updates Manitoba Provincial Nominee Program (MPNP), which further includes within them some more immigration pathways.

Skilled Worker Overseas Stream The MPNP designed for Skilled Workers is a locally driven immigration stream and is based on the needs and requirements of the Manitoba employers. The provincial government of Manitoba selects experienced as well as internationally trained workers who possess the required skilled that are in-demand within the local labour market of Manitoba, and then nominate them for the permanent resident visa, thus allowing them to live and work in Manitoba. The MPNP which specifically targets skilled individuals through its Skilled Worker Overseas Stream (SWO) gives priority and nominates candidates who successfully demonstrate a prior connection with the province via:

Immigration to Manitoba through the MPNP stream designed to target and bring Skilled Workers to Manitoba is a complete three-step process, described as follows:

Step 2: The highest-scoring eligible applicants with a prior connection to Manitoba will be invited to submit an application towards the MPNP

Step 3: Following a complete and in-depth assessment, the MPNP nominated qualified candidates, which would then be required to submit a separate application towards the Government of Canada to apply for the permanent resident visa for you (primary/main applicant) and your family (dependents)

The SWO is aimed towards inviting international skilled workers in Manitoba that have relevant skills and training in the in-demand occupations of Manitoba. However, along with this, priority would be given to those applicants and their dependents that have close family connections in the province, eligible language proficiency and previous training and work experience needed to find an employment quickly after arriving in the province.

Manitoba immigration authorities are continuously inviting candidates to apply under their Skilled Worker Overseas Stream, however there are certain new pathways that are being introduced within this immigration category.

Introduced first in January 2018, the Manitoba Express Entry Pathway is a pathway for applicants who meet the required Express Entry criteria and have an active Express Entry Profile to get selected as a permanent residence of Canada. Applicants are required to have relevant skills, training and prior experience under one of the occupations included in the Manitoba’s in-demand occupations listand also a strong family connection with the province.

Successful applicants who receive this nomination are being awarded with an additional 600 points towards the Comprehensive Ranking System (CRS), which in turn guarantees for a candidate to receive an invitation to apply (ITA) for permanent residency of Canada and also ensures fast-track processing.

The Human Capital Pathway (HCS) has been designed for those international skilled workers that have relevant skills, training and experience in one of the occupations included in Manitoba’s In-Demand Occupations List.

Applicants should also demonstrate their potential to find employment immediately after arriving in Manitoba.

The MPNP designed for Skilled Workers is a locally driven immigration stream and is based on the needs and requirements of the Manitoba employers. The provincial government of Manitoba selects experienced as well as internationally trained workers who possess the required skilled that are in-demand within the local labour market of Manitoba, and then nominate them for the permanent resident visa, thus allowing them to live and work in Manitoba.

The MPNP stream designed specifically for Skilled Workers in Manitoba sponsors candidates who possess a strong connection with the province via some ongoing employment and by having sufficient skills, training and education, work experience and proficiency in an official language to make an immediate as well as long term contribution towards the economy of Manitoba and also at Manitoba’s community at large.

The Ongoing Manitoba employment is an important way designed for skilled workers to prove that they have a connection to Manitoba which is necessary to become eligible to apply towards the MPNP specifically for Skilled Workers in Manitoba.

Immigration to Canada through the MPNP stream for Skilled Workers in Manitoba could be understood as a three-step process:

Step 2: The highest-scoring eligible applicants with

Step 3: Following a complete and in-depth assessment, the MPNP nominated qualified candidates, which would then be required to submit a separate application towards the Government of Canada to apply for the permanent resident visa for you (primary/main applicant) and your family (dependents)

The two pathways to Manitoba immigration are described as follows:

The Manitoba Work Experience Pathway has been specifically designed for those temporary foreign workers and international graduates that are staying in Manitoba who intend to live in Manitoba on a permanent resident visa.

The stream has been particularly designed for those candidates that have a job offer from an approved and recognized employer in Manitoba. Manitoba Employer Direct Recruitment Pathway Eligibility Requirements

The International Education Stream or the IES has been designed to target those international graduates that have completed their education from colleges and universities located across the province of Manitoba. Under this particular immigration stream, applicants are not required to work for a minimum period of six months in a particular occupation field in order to become eligible for MPNP nomination.

The MPNP has a total of three pathways:

The Career Employment Pathway of the International Education Stream issues nomination to those international graduates that have completed their studies in the field of science, engineering, technology and mathematics or any other STEM subjects, along with an internship that has contributed towards innovation.

International graduate applicants that already hold a job offer in one of the occupations enlisted in the In-Demand Occupation; which should be aligned with their educational qualification are not required to demonstrate a work experience of six months before becoming eligible and submitting their application towards MPNP.

The Graduate Internship Pathway or the GIP specifically targets master graduates and doctorate degree holders to issue them nomination, after which it is mandatory for them to complete an internship program, thereby contributing towards industry innovationin Manitoba.

Graduates that have completed MitacsAccelerate or the other Elevate Internship are eligible to apply after completing their graduation. They are not required to show proof towards having a job offer. Manitoba Graduate Internship Pathway Eligibility Requirement

The Manitoba Student Entrepreneur Pathway is designed for those international graduates that have completed their studies from Manitoba and who are willing to start their own business in Manitoba.

The applicant however would be mandated to meet all the terms and conditions of the Business Performance Agreement before getting nomination for the Permanent Residence of Canada. Manitoba Student Entrepreneur Pathway Eligibility Requirement

The Business Investor Stream (BIS) enables the provincial government of Manitoba to recruit and sponsor skilledbusiness investors and entrepreneurs from across the world who are willing to establish or purchase a business in Manitoba.

Applicants are initially given a temporary work permit, and should have the intent and capability to start or purchase a business across Manitoba within a period of two years of their arrival in the province. Further, this particular stream no more requires to fulfill the previous requirement of depositing a sum of $100,000 to the Manitoba government.

The twoimmigration pathways under the Business Investor Stream (BIS) includes:

The updates version of BIS ensures that all business nominees should invest a genuine resource towards their businesses that would then create more jobs for citizens and permanent residents of Manitoba and thereby contribute towards the economic development of Manitoba. (a)Entrepreneur Pathway

The new Entrepreneur Pathway has replaced the previously operated MPNP-B stream. It enables the Manitoba government to select and then nominate skilled business individuals from across the world who have the required willingness and ability to settle in Manitoba and start, purchase a business or become partners in an already established business in Manitoba.

Candidates are issued a temporary work permit for the initial 24 months of their arrival in Manitoba and would be required to demonstrate that they have appropriately met all the major conditions of the Business Performance Agreement. Preference would be given to those candidates that have plans to start their business outside Winnipeg.Moreover, candidates are not required to deposit a sum of $100,000 with the Manitoba Government.

The renewed and updated Farm Investor Pathway (FIP) has replaced the previously operated Farm Strategic Recruitment Initiative. The immigration pathway is specifically designed for those candidates that have proven experience in managing a farm business, sufficient amount to invest and who are willing to start and operate a farm operation in the rural regions of Manitoba.

It is expected from the successful applicants selected through the FIP that they will establish a farm business in the rural areas of Manitoba and will produce those primary products that are consistent with Manitoba’s existing farm industry, therefore should be relevant for Manitoba’s farm industry. However, those Agri-business operations that are not producing any primary products can also be qualified but will be considered within the Entrepreneur Pathway.

The MPNP In-Demand Occupation List is a crucial element of almost all immigration pathways that have been described above. The list helps in providing updated listing of occupations that are qualified as high in demand across the province of Manitoba. Many occupations included in the In-Demand Occupation List are limited to only some specific skilled occupation streams of the MPNP, and the applicants should meet the required criteria and eligibility requirements under one of these specific immigration pathways.

Applicants employed in an in-demand occupation would be given more priority during the release of Expression of Interest draws. In some cases, however, it is possible for candidates to become eligible for one of the immigration pathways, without having any prior experience under one of the listed occupations.

Also, the language score requirements for candidates would depend on the occupation chosen as the Canadian Language Benchmark or CLB threshold set with respect to each occupation.

Manitoba is continuously making the Manitoba Provincial Nominee Program more immigrant friendly. This includes launching various immigration pathways through which an applicant can become eligible to receive the permanent residence to Manitoba and therefore for Canada as the provincial government of Manitoba is attracting talented individuals from around the world.

Under the MPNP renewal strategy, the province would continue to provide support to Manitoba’s Government francophone immigration strategy by giving more preference to francophone applicants who successfully meet the required eligibility criteria under one or more immigration streams of the Manitoba Provincial Nominee Program (MPNP).

With Canadian government offering multiple pathways to immigrate to Canada,this is the best time to apply for the Manitoba Provincial Nominee Program (MPNP).

request free assessment
Get in touch

Immigration Across The World 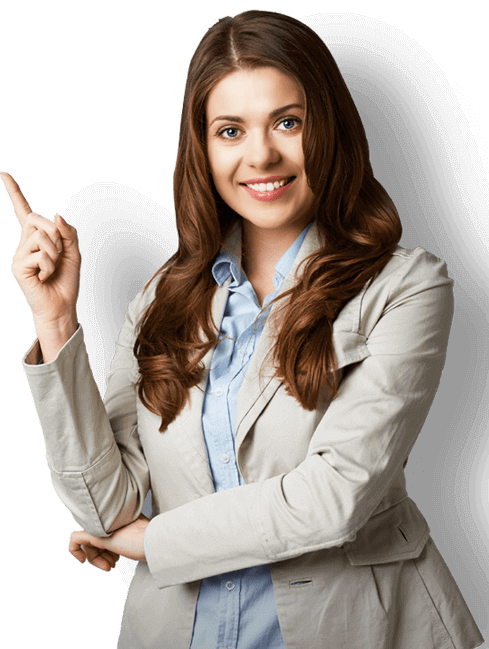